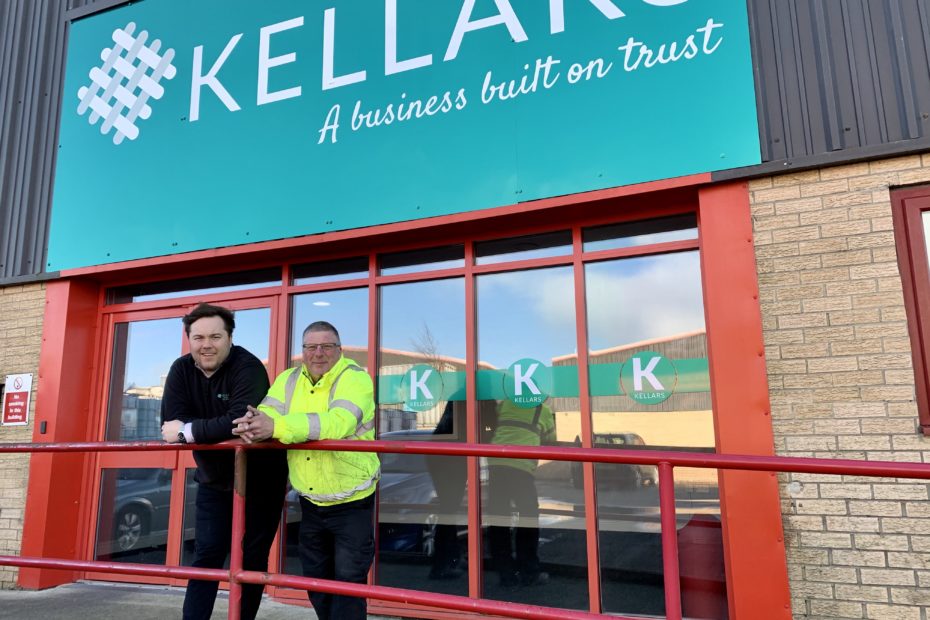 A fast-growing flooring wholesale company has opened a new 20,000 square foot North East depot as it continues to increase its UK coverage.

Less than 18 months ago, Kellars was supplying flooring to just a handful of customers in the Greater Manchester area, from its base in Stockport.

But following a rapid expansion, the company has quickly risen to become one of the largest independent flooring wholesalers in the UK.

This is on the back of acquiring a 15,000 square foot depot in Glasgow at the end of 2019 and recently opening a new facility in Shildon, County Durham.

This means the company can now provide flooring and accessories to customers in Scotland, North Wales, North-East England, North West England (including Greater Manchester and Merseyside), Cumbria, Humberside and Yorkshire.

The depots in Stockport, Glasgow and Shildon are used to distribute products sold by Kellars to flooring retailers, trade customers and smaller flooring wholesalers. These products include carpets, laminate, artificial grass and flooring accessories such as underlay, trims and adhesives.

Kellars Commercial Director Dave Francis said: “We’re delighted to have opened a new depot in the North-East as part of the continued expansion of Kellars.

“It has enabled us to increase our geographical coverage and further improve the service we provide to customers, including offering next day delivery on our products.

“The North East has always been an important part of our growth plans and we’re looking forward to making our own contribution to the local economy.”

Kellars now employs over 60 staff across its three sites.

Dave added: “We’ve come a long way in the last 18 months, providing new job opportunities and investing millions of pounds in new stock, fleet and depots. “We’re planning to continue this growth in 2020 as we further cement our position as one of the UK’s leading flooring wholesalers.”