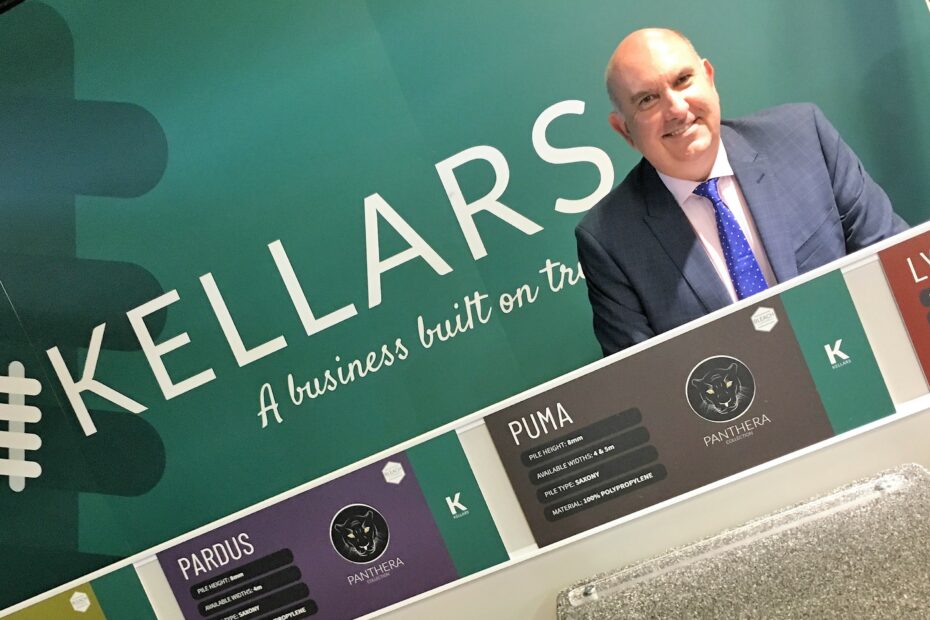 Dave Francis was quite literally born to be in the flooring business.

His dad Bob Francis was a sales director and managing director in the industry, so he was introduced to flooring at a very young age.

He does admit though that following in his dad’s footsteps was not as inevitable as it may seem.

Dave says: “I always wanted to work in sales but not necessarily in carpets, but things happen for a reason and over 30 years later I am still in the industry and the only thing that has really changed is that flooring is now not just about carpets!”

Dave has worked in pretty much every position you can think of in flooring, including time on the production line which he says provides a good grounding when being in sales.

The rapid growth of Kellars has therefore not phased him one bit.

He says: “When you have worked in the flooring industry as long as I have you get to know a lot of people, so I find myself working with retailers now whose fathers I used to work with back in the day.

“It’s a very close-knit business so for example one of the current Kellars’ reps is the nephew of the owner of the company my father worked for in Scotland.”

At Kellars, Dave is responsible for a team of 15 tasked with ensuring our products get into the hands of retailers across northern England and Scotland. It’s a role that keeps him on the road, a lot!

He adds: “When you work in sales you get used to travelling and currently, as we are growing the business, it’s common to see me in Aberdeen one day and Stoke the next.

“Sales has always been my passion. It’s a job I love and being part of the rapid growth of Kellars over the last few years has been very exciting.”

When he’s not at work, Dave, who lives near Blackpool and is married with a daughter, loves watching sport, particularly horse racing.

He says: “I am massive horse racing fan and pre Covid-19 I would be at least two meetings a month in the summer. I like studying the form and having a bet and I can’t wait to get back to a track.

“I am also a parish councillor for my sins, but it’s nice to be able to give something back to my community.”