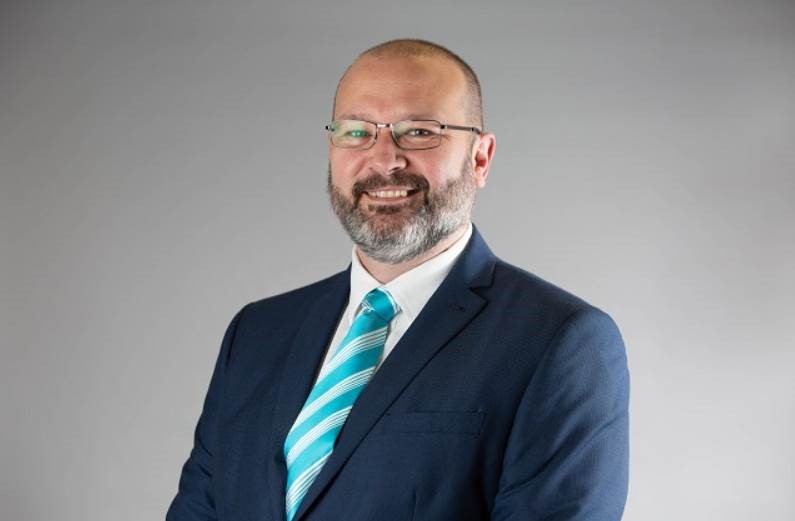 In his army career, Lee Cartwright found himself in some of the world’s most difficult hotspots.

Kosovo, Afghanistan, and Northern Ireland, to name just a few.

Now working for Kellars at our head office in Shildon, we’re glad to say he’s in much safer territory, but he is still playing a vital role in keeping our staff safe!

That’s because Lee is our Health and Safety Manager.

In this role, Lee has been tasked with building new health and safety management systems for Kellars, given we are still relatively a new company which has grown exponentially in the last few years.

When you consider we operate several warehouses, have people driving our fleet of HGV’s across the country, sales representatives on the road meeting customers and staff at our two main offices; there’s a lot to do to make sure everyone is kept as safe as possible.

So, whilst Lee’s experience as a health and safety professional in ‘civvy street’ is important, one of the other reasons we are happy to have him on onboard at Kellars is because of his military experience.

He explains: “I always wanted to be in the military so as soon as I could, at the age of 17, I joined the Green Howards and ended up being in the army for just short of 15 years.

“It took me around the world, including Northern Ireland, Afghanistan and Kosovo. Our role was effectively about keeping people safe.

“When I left the army, after doing various jobs which weren’t for me, I went into health and safety and haven’t looked back since.

“Health and safety has never been more important because the repercussions of not doing the right thing and it can literally be deadly.

“It can also have severe financial implications and you only have to look at a company like Iceland  who were recently fined £2.5 million after one of its employees died after falling from a roof.

“That’s a huge sum even for a large company like Iceland, so you imagine what it would be like for smaller companies

“One of the best things about working for Kellars is that there is a true family culture and people generally care, so this makes my job much easier.”

When he’s not working, Lee enjoys spending time with his wife Laura and their two young children, William and Eva, and representing people in his ward in his role as councillor and his hometown of Hartlepool as the ‘Armed Forces Champion’.