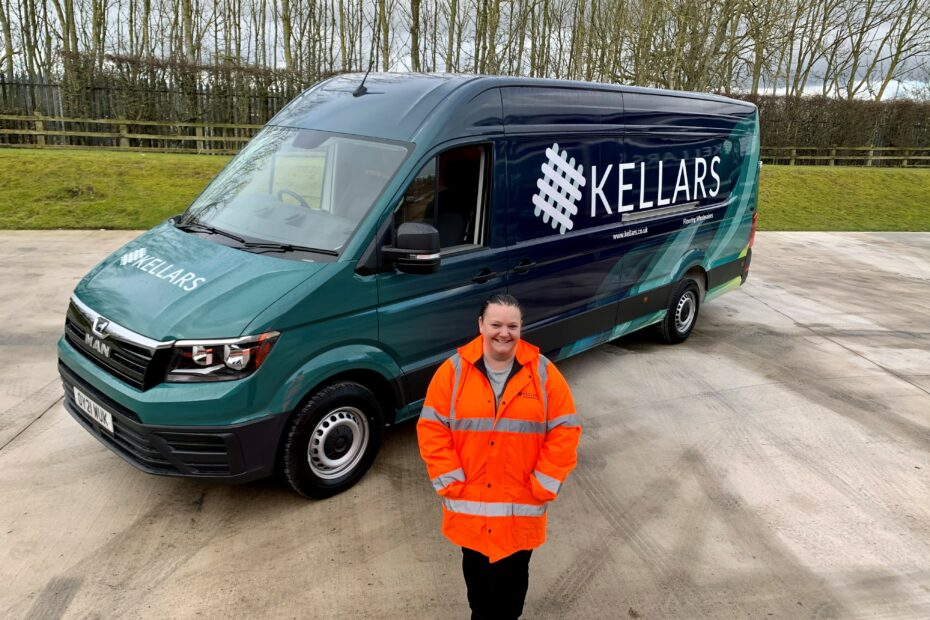 Transport is in the very DNA of Jackie Gee.

That’s because from the age of nine, it’s all she has ever known, having grown up and worked in her family’s removals and transport business.

Whilst most girls at that age were still playing with toys, dressing up, singing, or dancing, Jackie was out helping with deliveries, helping to unload vans, or getting signatures from customers for Gees of Gateshead, a business with eight vehicles ran by her dad Raymond.

Working in transport was all she ever wanted to do, and she went on to do this with great success, whether it was running Gees when her father retired or, following the sale of the business, in managerial roles for other companies.

So, we couldn’t think of a better person to be Kellars’ transport manager than Jackie.

The 44-year-old mum-of-six oversees the 40 vehicles currently in our fleet and the 40 people who drive them.

And ultimately that means she is responsible for ensuring that our customers get the products they order from us on time – so no pressure there then!

But it’s a challenge Jackie is well up for.

She explains: “In my last role I had gone as far as I could so I was looking for a new challenge and the new role at Kellars couldn’t have come at a better time.

“The business is growing so quickly so that puts a lot of responsibility on my shoulders, but I wouldn’t have it any other way.

“We are continuing to build the transport team and I will be overseeing the implementation of new policies and procedures which will underpin everything we do, so it’s an exciting role.”

Outside of work, Jackie is most likely to be found on her pink motorbike, which is adorned with skulls and roses, and spending time with her family, which includes her first grandson.