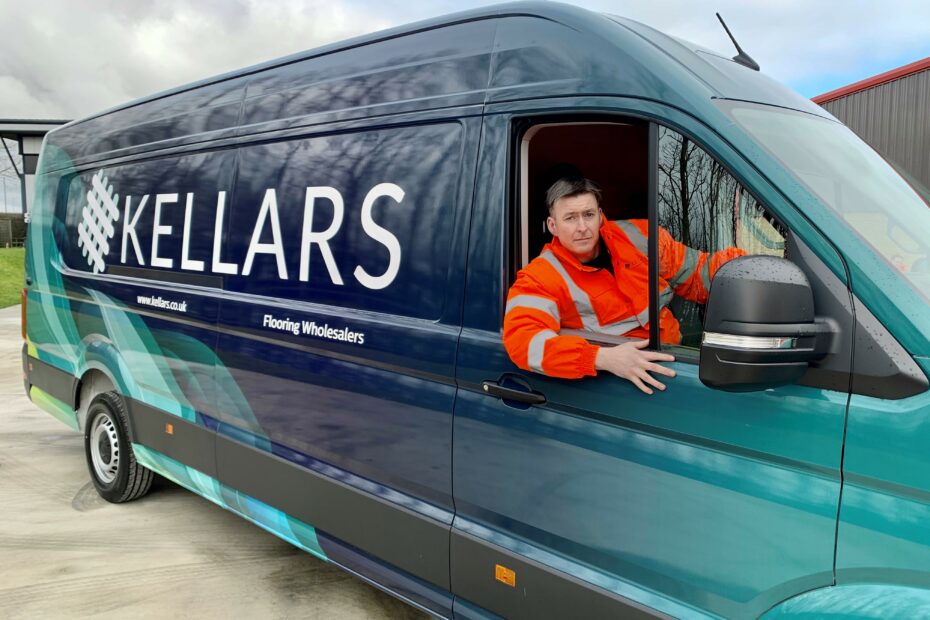 Martin Coggin has worked in logistics his entire career although his first job was very different to the role he now performs at Kellars as our North East Depot Manager.

That’s because the logistics he used to be concerned about involved running a busy nightclub.

That meant all processes related to stock control, cash handling, and purchasing, as well as overseeing staff, and delivering a first-rate customer service.

So, although flooring and the hospitality industry may sound radically different, there are a lot of similarities between what Martin did then and what he did now.

He says: “I started as a glass collector when I was 16 and worked my way up to bar manager and at the age of 23, I was a nightclub manager for one of the biggest brewery chains in the country.

“I really enjoyed it but because of the hours it’s definitely a young person’s game so as I got older, I began to look at other jobs which would suit my skills.

“This led me into transport and logistics, and I haven’t looked back since.”

Martin, 43, has worked in various roles, including transport manager and warehouse manager. He is also a Class 2 qualified HGV driver, so this means he has experienced all parts of the logistics industry.

As Depot Manager at Kellars, he is responsible for a team of six people working at our large depot in the North East. This involves overseeing stock coming in and out of the depot and ensuring our products reach customers when expected.

He says: “This is my first job in the wholesale flooring industry, but whilst the processes and procedures may different, logistics is logistics, and my job is to ensure the depot runs as smoothly and efficiently as possible.

“My first impressions of Kellars are very favourable. It’s a company which is growing quickly but in the right way, and I am looking forward to contributing to the success of the business.”