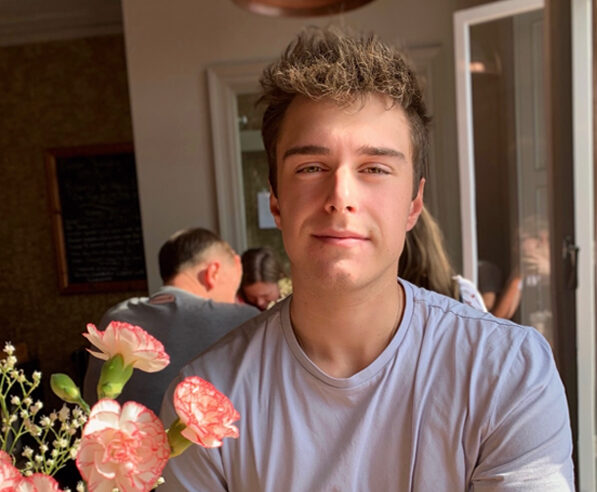 After spending two winters in Australia playing cricket, Nathan decided it was time to get into the swing of things when it came to a full-time career, and jumped at the opportunity at Kellars.

“Maths was always one of my strengths so when I heard that Kellars was looking for an Apprentice Accountant, I knew that this would be the perfect role for me”

Nathan, at 21, is one of our youngest members of staff at Kellars who is new into the flooring industry but has had previous experience as a warehouse operative for an outdoor furniture store whilst he was in Australia.

The Apprentice Accountant joined us at Kellars in March and has settled into the finance department alongside Michael and Ethan.

He is the first Apprentice to join this department at Kellars, so will be a fantastic way for him to work his way up and gain some experience in flooring and finance.

“Everyone at Kellars has made me feel very welcome! The department have been very helpful getting me started up and helping me to gain the knowledge I need for my role.”

Nathan gets his work ethic from his competitive sporting side and has already shown this hard work in the office where he is based in Shildon, our most recently opened depot in the North East.

He loves the hardworking atmosphere and says that he is excited at the opportunity to be part of the expansions and development at Kellars, hoping to contribute within the team.

Since the Apprentice Accountant is new to the world of flooring, he has spent his first few weeks learning the basics of the computer and account systems, putting his maths skills to use, getting to know the basics of the role, and gaining more of an understanding of the flooring industry.

Away from work, Nathan is a keen sports player. He says that he has probably played the majority of sports at one point in his life and has continued his passion until the age of 21.

He is currently competing at a high standard in cricket and plays for Sacriston CC in the North East Premier League.

“Over the previous years I have played for Durham CCC through each age group, so have had plenty experience in a competitive sporting environment and have developed myself into a high-level cricketer”

Not only is Nathan a fan of Cricket but he also spends his free time and weekends playing golf at Brancepeth Castle Golf Course. His goal is to get a single figure handicap in the near future.