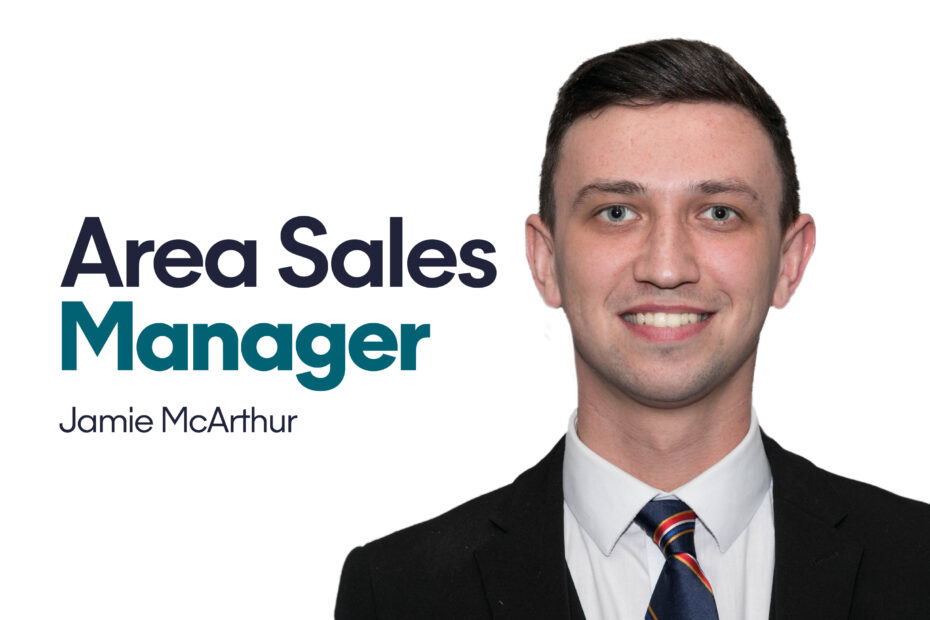 With the continued expansion and growth taking place at Kellars, we wanted to catch up with our newest Area Sales Manager: Jamie McArthur

Jamie began his journey with Kellars back in June 2020 as a driver in Scotland when the depot first opened up.

He says: “This opportunity allowed me to get out and about, and see the sights, which I loved! I met so many new people in the industry and on the road”

Once the UK hit another lockdown, roles changed for the good for Jamie, when he was then invited to the warehouse in Scotland and became Warehouse Manager towards the end of the year.

This was another fantastic opportunity for Jamie to widen his skillset and jump into a new position throughout his time at Kellars in the flooring industry, as he had already had previous experience in this type of role.

After furthering his career, and spending his days and nights in the warehouse, February 2022 saw the Warehouse Manager switch over to an Area Sales Manager for the Edinburgh and Fife Area.

“Becoming an Area Sales Manager is something completely new for me, so I’m excited to continue my journey with Kellars throughout 2022 and onwards”

Each day is different for our Sales Managers at Kellars, with Jamie’s favourite thing being that his 9-5 each day always consists of different customers, products, stores, and challenges, with plenty of opportunities to progress.

As we are heading into Spring, the Sales Manager tells us that his 2022 plans are to progress through the role, smashing his targets and enjoying the journey with Kellars as they continue to grow each day.

Now, we go way back to before Jamie McArthur began working at Kellars. At 16, he joined the army, and served 6 years as an Infanteer with 2 Scots Royal Regiment of Scotland, touring Afghanistan.

McArthur has certainly travelled the world when it comes to his younger years, whilst completing exercises for the Army in Kenya, Oman, Italy, and Cyprus, and brought his confidence and determination to Kellars in 2020.

Shortly after his time in the Army, his hard work paid off, and was fortunate enough to be employed as a Warehouse Manager at a drink’s supplier for pubs and clubs, which helped develop his skillset before joining Kellars.

He jumped into some roles as a driver prior to his first role at Kellars to build up some experience and get into the swing of things on the road.

Away from his busy work schedule, he enjoys nights at home making the most of downtime with his wife and 4-year-old son. However, he loves a crazy night at the pub with his mates, and watching the Rangers play at Ilbrox.