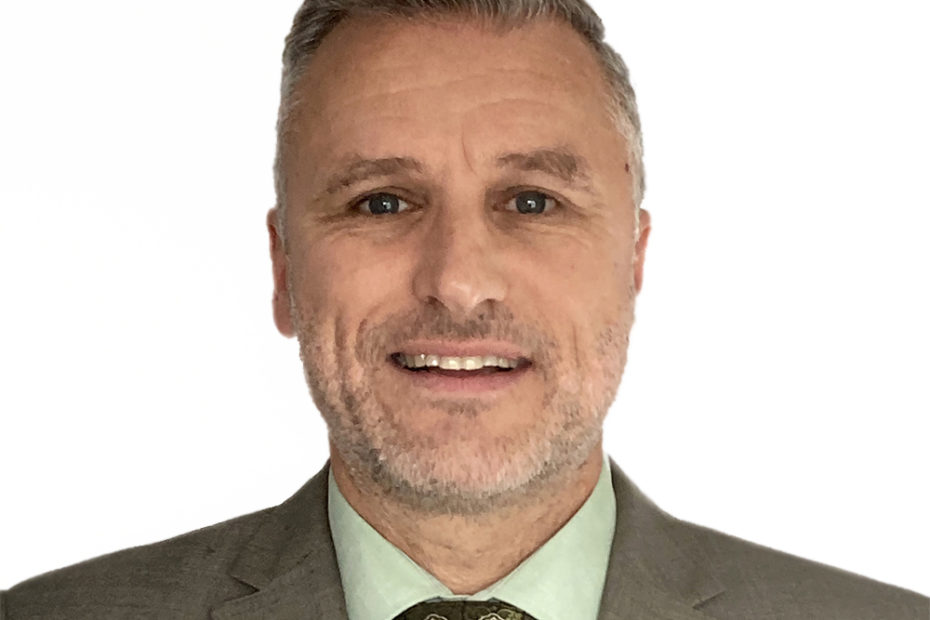 Geoff Abernethy jokes that working in the flooring industry is like being in the Mafia, in that you never leave once you join the ‘family’.

In his case, over 30 years after starting in the industry, he’s still very much in it!

Geoff, like many others, followed in his father’s footsteps. His Dad was Transport Manager for a large flooring company, and he got his son a job after he left school.

Geoff learned from the ground up, doing everything from driving a forklift in the warehouse and cutting carpets through to working in telesales and even delivering carpets himself.

It’s a path he says has had many benefits as he has worked his way through the industry.

He explains: “I believe you only really understand flooring when you have done or seen the other roles which contribute to a successful company, whether it’s working in the warehouse, head office or on the road in sales.

“In my case, during my career I have visited factories all over Europe to see how different flooring is made and this gives you a greater understanding of the different products which makes it easier when you are presenting them to customers.

“You have to do your homework before you speak to customers, otherwise they are not going to buy from you if they feel you don’t know what you are talking about.”

As our Area Sales Manager for Merseyside and the Wirral, he is responsible for around 120 customers. His job involves growing his sales area, presenting new samples and ranges and effectively being the first point of contact for customers when they have any particular issues/questions.

Geoff adds: “It’s a job I enjoy doing and it gives me a lot of satisfaction. Even after all these years, I still get a great buzz when I have left a sample with a customer that day, and then I get an email after work the same day showing they’ve placed an order.

“It’s one of the reasons why I can’t see myself ever leaving the flooring mafia, and my son is now also following in my footsteps as he’s started work as an apprentice floor layer!”

When he’s not at work, Geoff, who is married with two grown up children, enjoys watching sport, particularly his beloved Wigan Athletic Football Club.

He says: “When Wigan beat Manchester City in the FA Cup Final in 2013, I was there with my sons and my dad, so there were three generations of the family there to see such an amazing thing.

“I’ll never forget that until the day I die!”