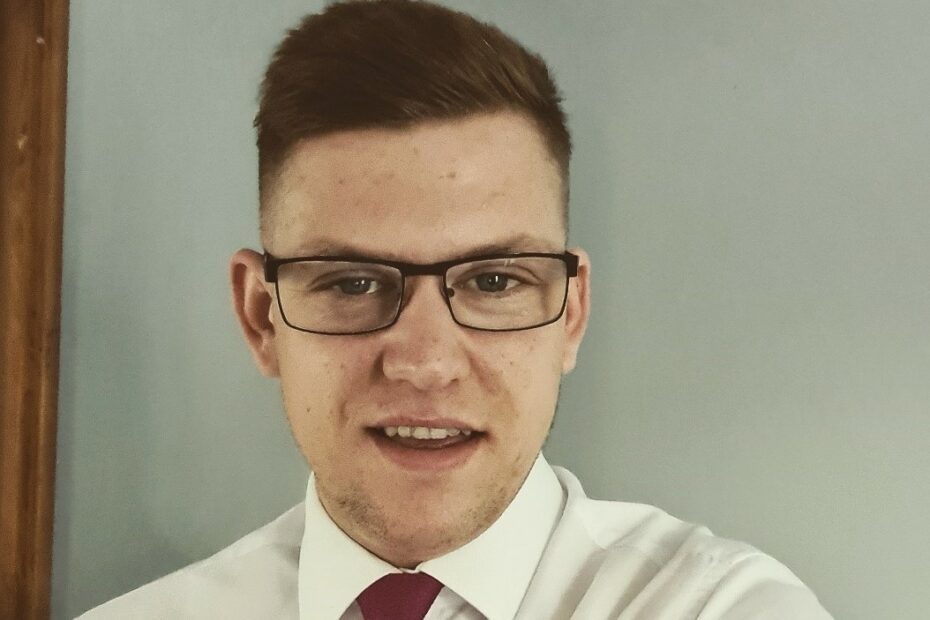 At 23, Zack Taylor is one of Kellars youngest Areas Sales Managers, but his age certainly belies his experience in the flooring industry.

That’s because Zack has worked in flooring practically since he left school at 16.

He started his career working at one of the North East’s largest flooring store companies, initially based in its warehouse. A series of promotions quickly followed until he was working in a sales role in four of the company’s store.

After leaving to further cut his teeth in sales, this time working for a company specialising in providing flooring to the care home sector, he joined Kellars in July 2020.

As our Area Sales Manager for South Tyneside, Teesside & Part of North Yorkshire, he is responsible for area that stretches just south of Newcastle, across to the North East coast and into the Yorkshire Dales.

And with that patch comes hundreds of customers, ranging from small, one-man band carpet stores in market towns to larger stores in busy town centres.

But he wouldn’t have it any other way!

Zack says: “Kellars has grown very quickly in such a short space of time, so my job is all about introducing people to the brand and getting them to stock as many of our products as I can.

“There’s lots of interest in Kellars and they can see the quality of our products, so even in my first few months, it’s clear we are going to be one of the big players in the market.”

Explaining his approach to sales, Zack, who lives in Newbiggin-by-the-Sea, Northumberland, says: “It’s important you know the ins and outs of the products you are selling because people won’t trust you if they feel you are not knowledgeable about what you trying to get them to stock.

“It’s also about relationship building because in my case I work on a three-week cycle so I am continually going back to see my customers, checking that everything is ok, and they have everything they need.

“In between visits, they know they can call me at anytime and often they do but not always to talk about flooring. It could be about football, how my weekend went, anything.

“It’s via conversations like that you know you have made a good connection with someone.”